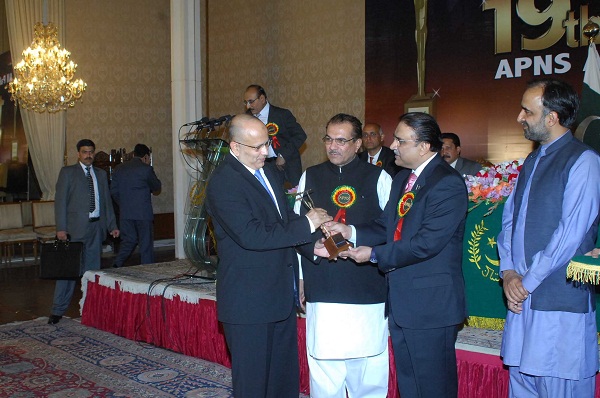 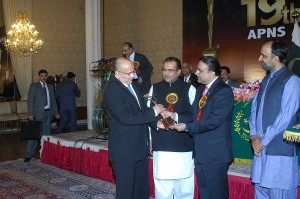 Karachi (March 11, 2010): The 19th & 20th APNS Awards function was held at Islamabad on Tuesday. Mr Asif Ali Zardari, President of Pakistan gave away the awards to the recipients chosen by the jury.

The President said media should reflect positive societal changes and must contribute to national development. The awards were given to the excellent journalistic and advertising efforts in 2005-06and 2007-08 in various categories.

Synergy Advertising holds a tradition of winning multiple awards for its remarkable creative solutions. Winning the current APNS awards is the continuation of Synergy’s brilliance in the field of advertising. This milestone implies the strength of Synergy advertising and proves its outstanding performance as an established agency of commendable repute.

Expressing his contentment on the occasion, Mr. Ahmed Kapadia – Managing Director, Synergy Advertising said, “It is a very delightful moment for me and my entire team for getting such high appreciation of our work at a national level. I would like to thank Almighty for this honor. I am grateful to APNS, which by organizing APNS Advertising Agency Awards, is not only recognizing the efforts of creative agencies but also promoting Pakistani talent at a global level. I would like to share the credit of this wonderful achievement with my entire team and esteemed clients.”

Torrential Floods: A Wake up call