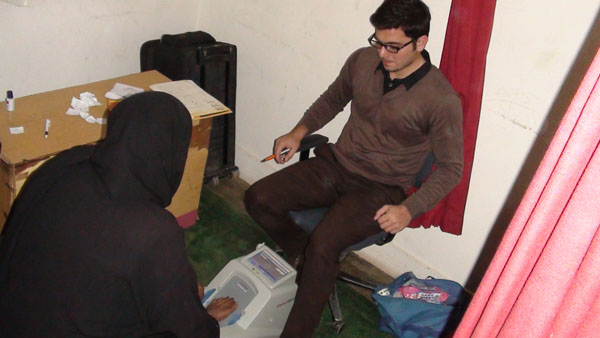 The first MediHealth Clinic operating successfully since 2007 in the underprivileged  locality of Shah Faisal Colony providing healthcare and welfare support to hundreds of families held a health camp revolving around the measurement of bone density of the local residents on the 11th of February, 2012.

This health camp was carried out successfully with the cooperation of Novartis Pharmaceutical. Approximately 180 patients were tested for bone marrow density out of which 80% comprised of women while the rest, men. The results of the bone marrow testing revealed that over 90% of women who were married had osteoporosis in varying degrees. Medicines for the treatment of osteoporosis, alongside others, which were diagnosed were prescribed to the patients. 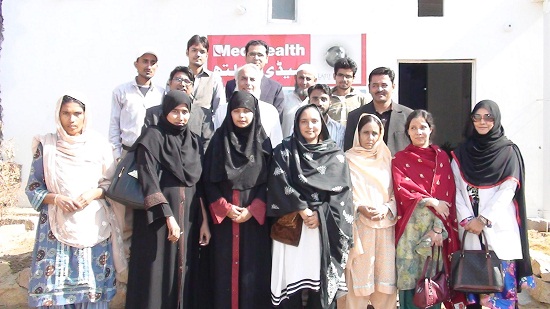 Latif Kapadia Memorial Welfare Trust (LKMWT) inaugurated its second clinic in the underprivileged locality of Malir, Khokarapar (Karachi). Mr. Sabir Sami, a prominent philanthropist has made a major contribution to make it happens. The first MediHealth Clinic in Shah Faisal Colony has been operating successfully since 2007 and providing healthcare and welfare support to hundreds of poor families.

With the core objective of social change through community mobilization LKMWT has made a commitment to fight against disease, illiteracy and poverty since 2003 and now the multiplier effect contributed to MediHealth Clinic # 2 in Khokarapar, Karachi. At the initial stage, MediHealth Clinic 2 has started functioning with a total strength of 7 staff members including a qualified doctor.

MediHealth Clinic # 2 is also a modern, computerized Out-Patient Dispensary with a fully operational ambulance service providing convenient, reliable clinical facility to under privileged families. So far more than 100 patients have been treated in just one week and the process of value addition is continued.

LKMWT is a CSR wing of Synergy Group, a leading marketing, communication and interactive group in Pakistan.

Now we are starting our first project ‘MediHealth Clinic’ on Friday, August 24, 2007 under the management of LKMWT. It is an OPD facility in Shah Faisal Colony #1 near Saba Palace; aimed to provide the most convenient, reliable clinical services with minimal charges under the supervision of qualified doctors. We are focused at to develop ‘MediHealth Clinic’ to a full service hospital very soon and simultaneously planning educational and health projects in other localities as well where such facilities are very scarce and inadequate……