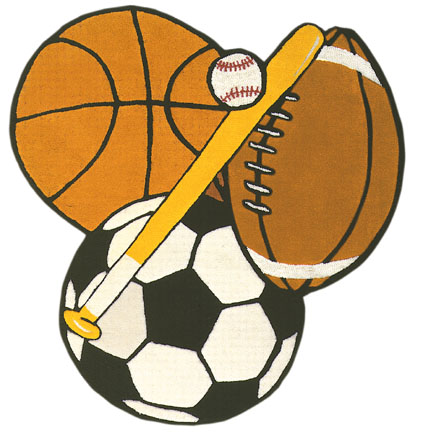 Someone has rightly said, “Sport strips away personality, letting the white bone of character shine through. Sport gives players an opportunity to know and test themselves.” 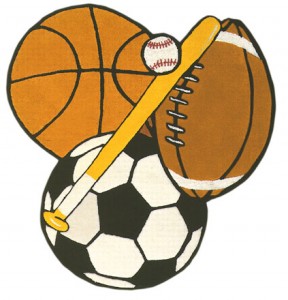 Passion for the game you love is the key difference between an ordinary and extraordinary player. Those who play for the love of the game are motivated by the sheer pleasure they get from every moment that they spend in playing the game they love. They care more for the game and for their team rather than the material rewards attached to winning, every time they win they make a vow to play even better and every time they lose they humbly learn from their mistakes as a team. True glory belongs rightfully to those who play for a dream and prove to everyone that if you put your heart and soul to something, you end up achieving it no matter how impossible it may seem to the rest of the world.

Cricket is one game all Pakistanis feel a great affinity towards. I’m one of them too. Being an ardent cricket fan, I have been playing cricket for the longest time I can remember not because I harbor a secret dream in my heart to become a cricketer one day but because just playing the game has taught me so much; has helped me to improve and develop in many ways and even apply the lessons learned to my company and my team. I have to admit what I have learned from playing cricket has given me the strength to overcome many obstacles in my personal as well as professional life.

Like all Pakistani cricket fans, one of my fondest memories of Pakistani team is the feat of World Cup 1992. Tripping into that memory lane reminds me of being obsessed with ‘who rules the world’ song, being glued to the TV for endless hours, with racing hearts hoping that Javed Miandad would strike a six at the next ball and screaming with joy every time Pakistan moved closer to victory. To the world, it was an unforgettable achievement that will never be forgotten but to me it was a bundle of invaluable lessons that inspired me to the core of my soul and changed my life forever. Everyone knows that it was not the best Pakistani team but with intelligent leadership and team spirit Pakistani cricket team successfully rose to the top.

Here are some of the useful lessons I learned from our team’s performance during the World Cup 1992:

Team collaboration is a must for an out-class performance in the game. I’m a firm believer in the power of synergy. That’s the reason why I named my company Synergy. The whole point of calling it Synergy is that my team and I believe in working together and using the best of our talents to create innovative and enduring ideas. As a team player, my constant effort is to recognize strengths of each of my team members and assign to them clearly defined roles and responsibilities so that they can make their maximum contribution towards the company’s growth.

Team motivation can be gauged from the body language of the players. From time to time, we all need to know how we are doing and whether we are on the right track or not. When a team leader makes it a point to appreciate his team when need be, his team works with greater zeal and devotion. Whenever any one of my employees does a splendid job, I make it news. That doesn’t only set high standards for the team but also keeps every one more focused towards the goal and at the same time fosters healthy competition in corporate culture.

Every match won has a well-thought out strategy behind it. A classic mistake that a team captain makes sometimes is sticking to the same plan throughout even when he can see that it is not bearing the required results. A smart captain always keeps back-up plans in hand to adjust his stance when the situation becomes uncertain. Maneuvering around the situation desires flexibility in planning and a whole lot of patience. Aggressively pursuing the initial plan without considering the dynamic external factors doesn’t always work best.

Lesson #4: Pulling through the business pressure

When everything goes according to the plan, we tend to over-aim at times setting more aggressive targets for ourselves and our team. Sometimes the team is able to achieve the set targets but most of the time over-ambitious goals lead to much frustration and loss of focus among team players. When things seem to fall apart and targets aren’t met, it requires great patience and poise to go back to the basics and make the small things right. Basics can never be compromised upon to achieve higher goals because basics are the foundation upon which you build your organization’s culture. If the basics are weak, a team can’t go far. In the long-run, it is the basic values of a team that determines their altitude. Every time Synergy Group’s growth was clogged by big-over-ambitious goals, I went back to basics reconsidering things like how the client was being treated? Is there a problem in the way we are communicating internally and externally? That’s what played the trick for me and helped me put Synergy Group back on track.

No one can guarantee there will be no conflicts in a team. When people having diametrically opposite personalities come to work together, difference of opinion is bound to surface. One of the key traits of a good leader is conflict management. To resolve conflicts, a leader has to encourage open communication and make his team members understand that it’s ok to have differences but other people’s opinions must be respected at all costs and listening to each other can solve most conflicts. Most importantly when you play a game, you play for the team, for a common purpose and not for individual goals.

Being a team leader is not just about giving orders day in and day out. An effective leader earns the respect of his fellows by being a role model for them. He doesn’t have to force his orders upon his team. Rather the charisma of his personality inspires them to follow his footsteps and trust his judgment. It takes conscientiousness, discipline and integrity of character to make a great leader and be a source of inspiration for your team every single day. It is the strength of the leader’s character that bridges gaps between a team and creates binding synergy to move together towards success.

Winning and losing is part of every game. If you lose, it doesn’t mean that you don’t have the potential to be a champion it just gives you a chance to learn from the mistakes you made and not repeat them again. The key lies in never giving up. For me, sport is an ideology in itself. Many of us watch or play sports to entertain ourselves. If only we ponder a little over the spirit of the game, it opens a whole new world of possibilities to us; it shows us that it is within our power to rise above and realize our dream against all odds.

"Power of One" must for re-branding Pakistan

Our values shape our destiny